Yes! you heard it right, a self-proclaimed gay Joel Cruz is the biological father of eight healthy and strong children of five different biological mothers.
It happened thru the help of medicine and science. It's called surrogacy.

Okay, let's learn about surrogacy, based on the actual experience of Joel himself, owner of a multi-billion perfume company in the Philippines and in other countries of the world.

According to thrillanews.com, the so-called 'Lord of Scents,' Mr Joel Cruz, owner of Afficionado, reveals how he got the interest of raising his own children despite being gay.

The perfume mogul in the Philippines said it was actually showbiz reporter and actor, vlogger Ogie Diaz, who revealed to him the idea of having biological children through the help of Surrogacy. 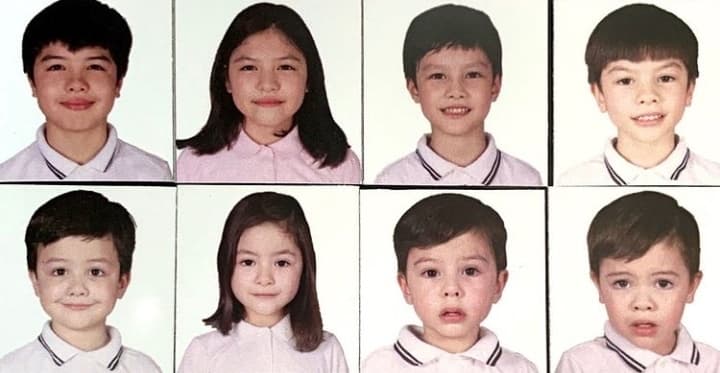 THE EIGHT BIOLOGICAL KIDS OF PERFUME KING JOEL CRUZ
What is surrogacy?

According to wikipedia.org, surrogacy is an arrangement, often supported by a legal agreement, whereby a woman (the surrogate mother) agrees to bear a child for another person or persons, who will become the child's parent(s) after birth.

People may seek a surrogacy arrangement when pregnancy is medically impossible, when pregnancy risks are too dangerous for the intended mother, or when a single man or a male couple wish to have a child. Surrogacy is considered one of many assisted reproductive technologies.

Where commercial surrogacy is legal, couples may use the help of third-party agencies to assist in the process of surrogacy by finding a surrogate and arranging a surrogacy contract with her. These agencies often screen surrogates' psychological and other medical tests to ensure the best chance of healthy gestation and delivery. They also usually facilitate all legal matters concerning the intended parents and the surrogate.

How Joel Cruz entered into surrogacy?

Surrogacy is a very expensive process of having kids. But since Businessman Mr Cruz, was very successful with his Afficionado company, having to incur a total of P52 million for eight healthy kids, is not a matter of issue. He can afford the cost, anyway.

Showbiz personality Ogie Diaz lured Joel Cruz of the possibility of raising his own biological children thru the process called surrogacy.

But since surrogacy is not allowed in a dominantly Roman Catholic country, the perfume mogul went to Russia, where surrogacy is legally accepted and permitted.

The first surrogacy process which Joel did in Russia had him having two healthy twins, a boy, and a girl. Joel named the twin's Princess and Prince and they are now both eight years old. He incurred a total of P12 million for his first twins.

The very successful surrogacy made Joel Cruz a very happy and blessed family, and he again went to Russia for the second time. Luckily for Joel, the surrogate mother bore twins again – all males and he named them Harry and Harvey. He spent roughly P11 million for this second time around.

The third surrogacy made Joel lucky again for having the third twins. The 'perfume king' in the country named the twins' Charlotte and Charles, both 3 years old now. Here, Joel Cruz again incurred P11 million.

Uncontented with his 6 children, Joel for the last time went to Russia again and contracted two surrogate mothers for the surrogate process. The Russian moms have Joel two more kids named Zaid and Ziv. They are now 2 years old. Joel spent P18 million for having Zaid and Ziv. 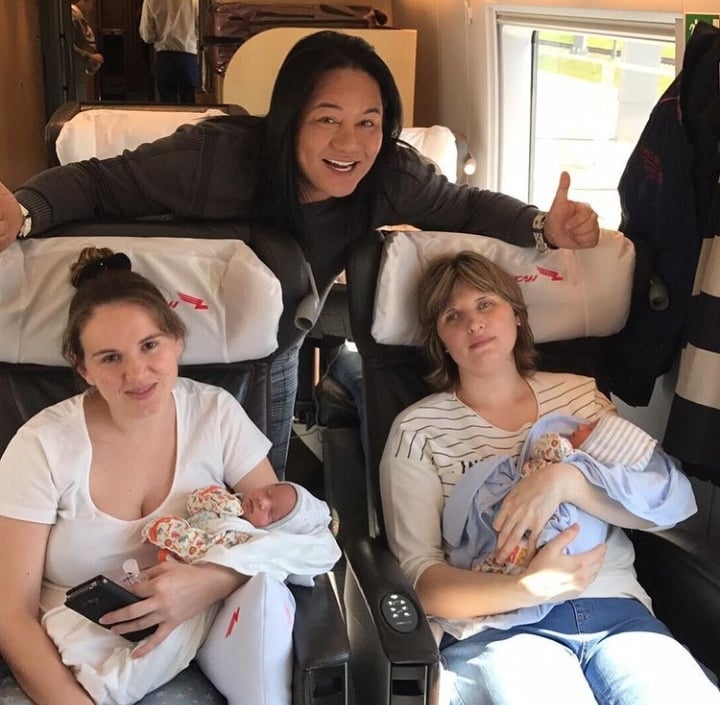 SURROGATE MOMS. Successful businessman Joel Cruz strikes a pose with two surrogate mothers who are all foreigners.
The perfume mogul did not hide the truth from his eight children, as soon, they'll be asking who their female parents are. The kids have already some idea how they were born, and Joel promises to tell them the truth when the right time comes.

Indeed, to this modern times of science and medicine, having to raise children, even if you are gay, lesbian, or regular couples who couldn't have children, the surrogate process is a welcome development to have their own biological kids.

Food ideas you can order for work or play

Pacquiao reveals why he wants to become president

Estologa-Castillon files COC for Councilor of Calamba town in MisOcc

Pacquiao reveals why he wants to become president

Singer-composer of “Pusong Bato” dies at 61